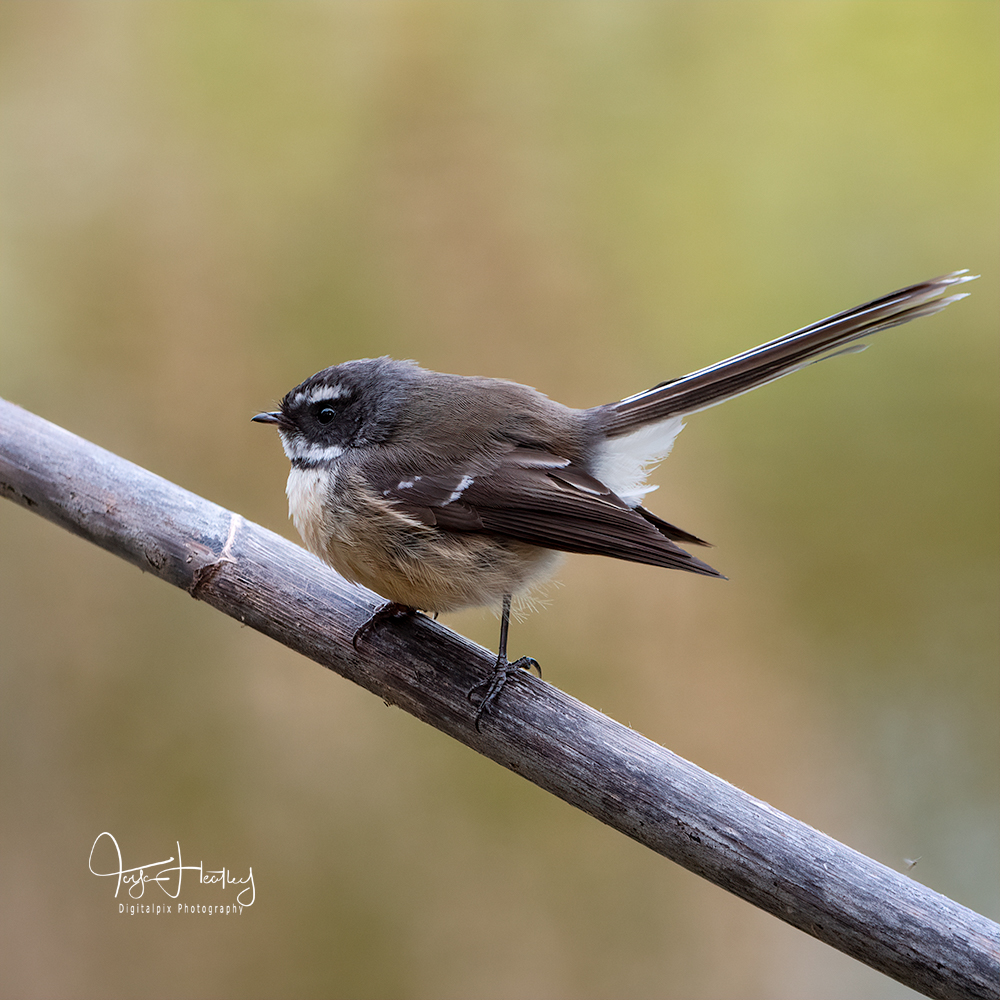 This morning a fellow photog and I headed off to Queen Elizabeth Park. She had never been to the wetlands there so I offered to show her around with the promise of a few good photos as well.  This place never fails me, I always find something to photograph and today was no exception.  From the minute we entered the wetlands, the fantails were making their presence known.  I had barely got my camera turned on when the image above was taken.  The fantail posed for the camera for a few minutes allowing us both to capture some really sharp clear images of it. If you look closely at the bottom right just above the branch you can see why the fantail was so interested in staying around.  There were insects a plenty! 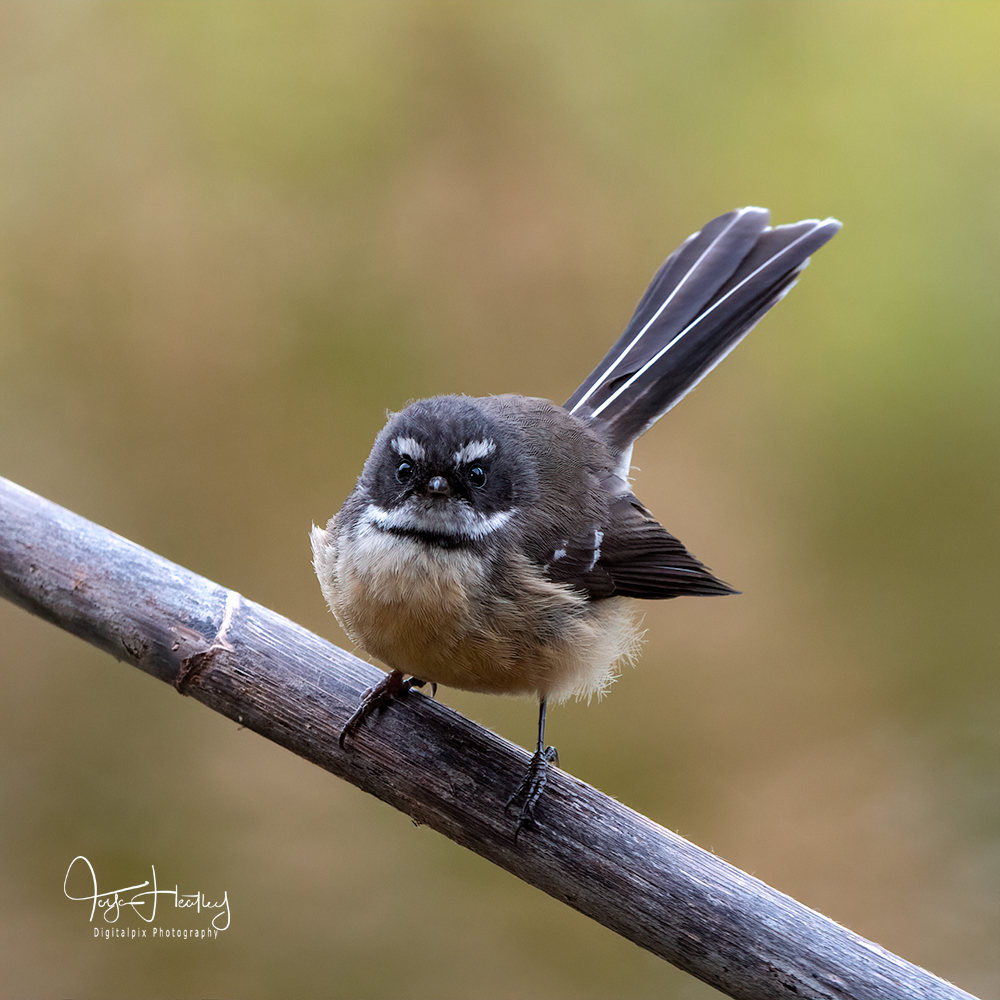 I love it when the birds engage with the camera, it is almost as if they understand that if they let me capture a good image, then I won’t bother them so much.  They are probably right too because I really don’t like bothering the birds too much, I would rather photograph their natural behaviour where possible.  Fantails are often difficult to photograph as they flit about so quickly from branch to branch and rarely stop long enough for the camera to focus.  So today was a real treat when there were so many of them about and willing to suffer the camera.  The image below was just as we were leaving to get some lunch and I am sure the bird was busy telling all his buddies that it was safe to come out again! 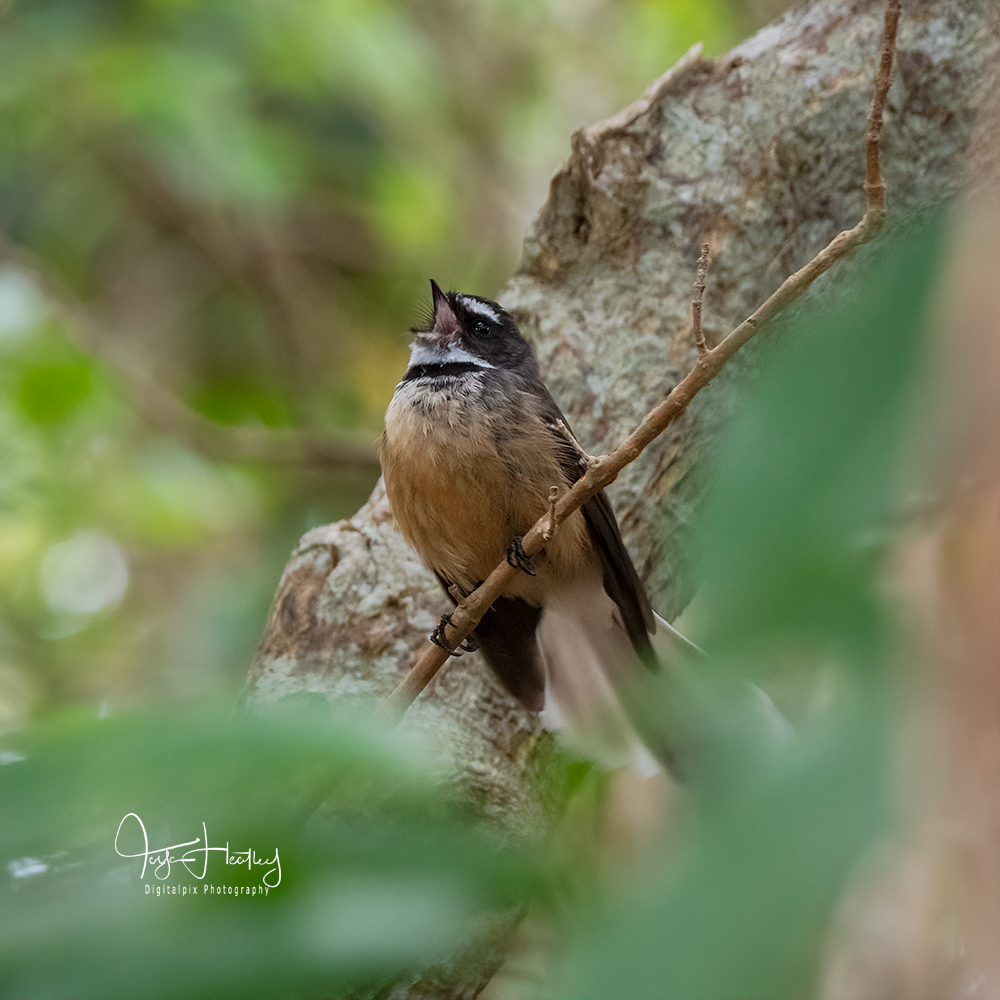 The grey warblers were also out in numbers today and I was especially excited when I saw a pair of adults birds feeding a youngster. The fledgling had pink legs and what I could see of its beak was much lighter in colour than the adult birds.  It was one really cute ball of fluff that stayed just far enough away from the camera to be photographed clearly.  The image below of the fledgling was shot from underneath. The parents were never far away and didn’t worry about us watching their activities, however they were so fast that it was impossible to focus or even to anticipate where they would go next. Definitely an awesome experience to see it. 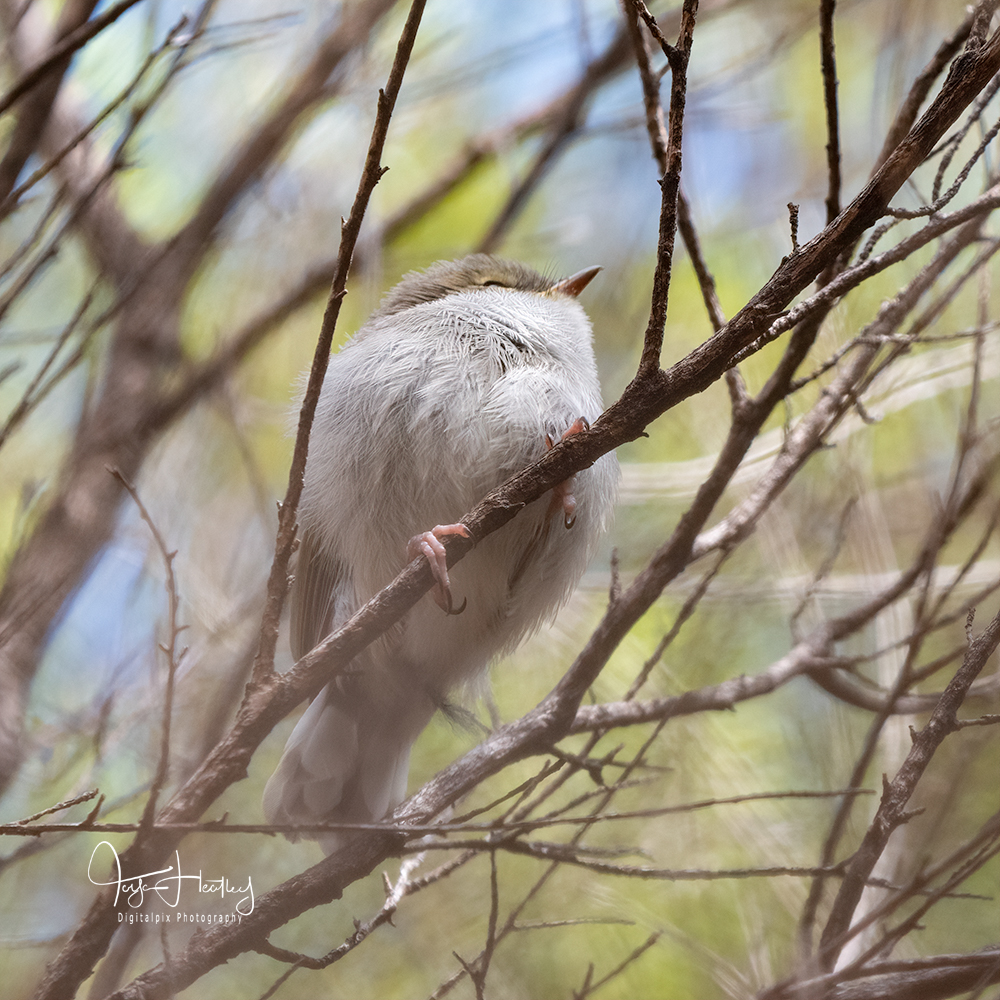 The adult warblers were much easier to capture an image of, they flitted about the bushes around us looking for food for the hungry youngster, and there was plenty of it around.  We spent quite a bit of time watching and photographing the warblers as they went about their business.  Many of the resulting images were out of focus but it is always good when you find a sharp one among them.  These last two images are adult grey warblers.  All in all it was a great day out 🙂 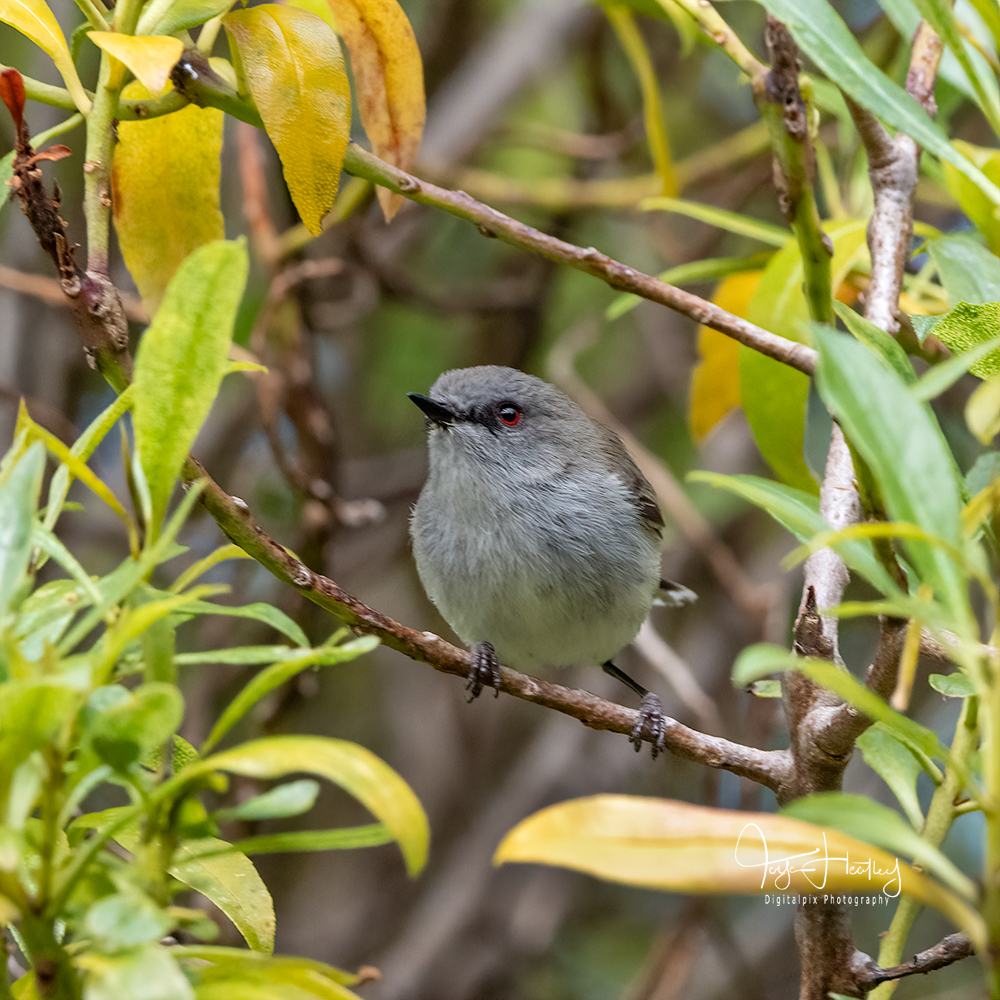 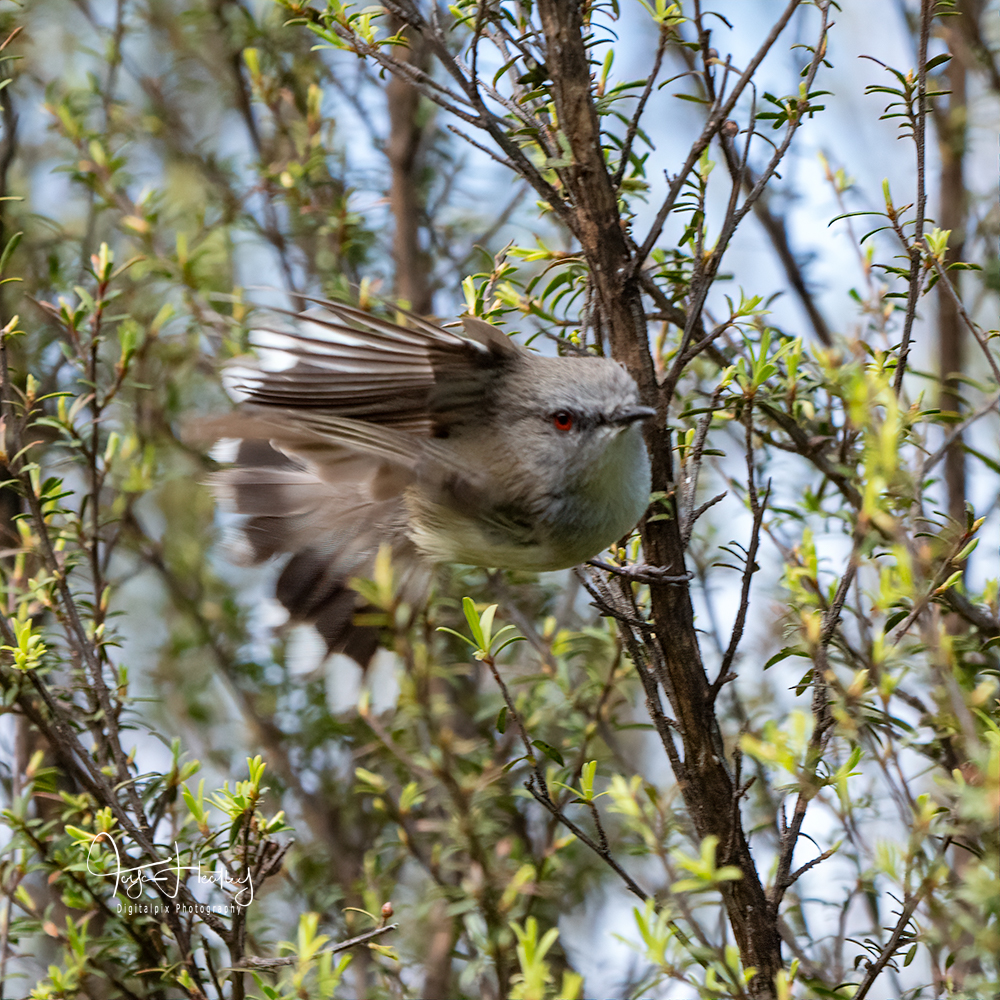