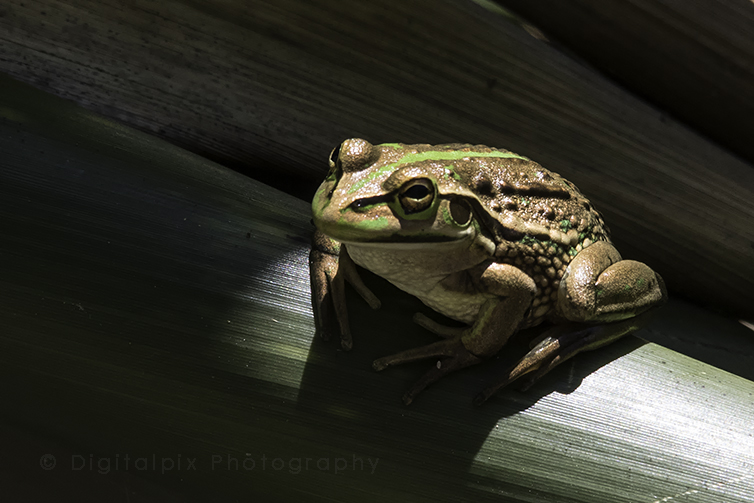 Yesterday was such a beautiful day we decided to head off to QEII park with the camera.  We stopped at Plimmerton for a few minutes and watched as an ambulance flew by followed closely by police on a motorbike.  Still we made the decision to forge ahead.  This was around 11.15am.  We finally made it to the park about 45 minutes later (though it seemed much longer).  We were lucky, when we headed home two hours later the traffic was still backed up from the accident that happened just after 11am. 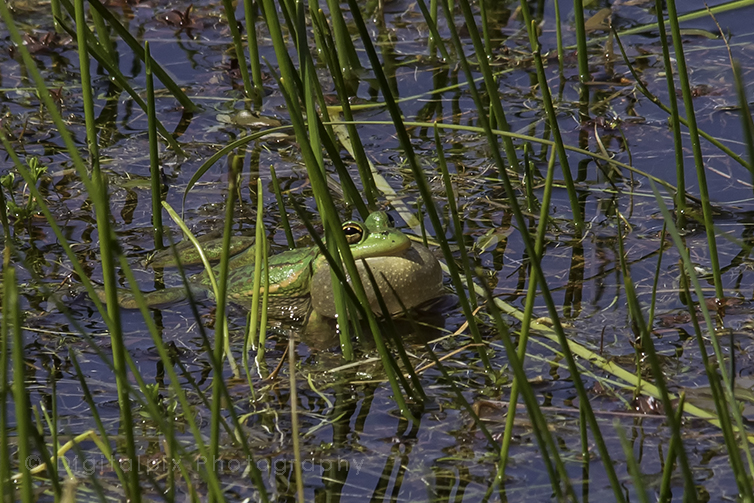 As soon as you get close to the wetlands at the park you can hear the frogs.  Strangely though as  you get closer they all go silent.  However I can be patient and can wait as long as it takes for them to trust that the dangerous humans have gone and they started croaking again.  I needed that bit of movement to be able to identify where they were. 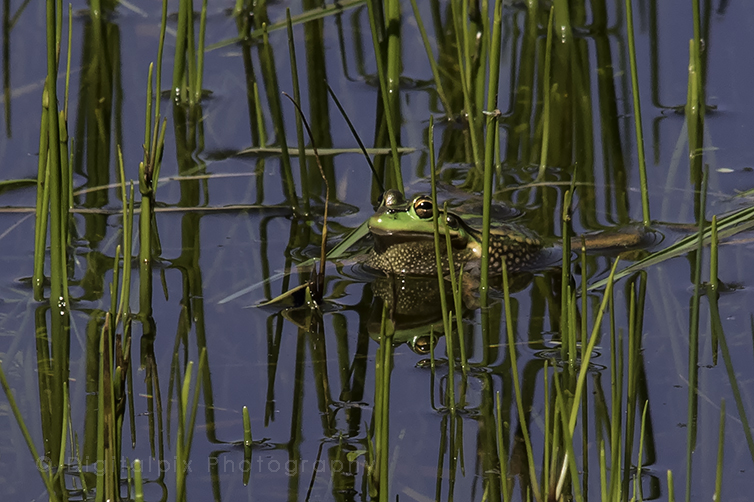 It’s like looking for Wally in a Where’s Wally book.  They blend in perfectly with their surroundings and it is only the whisper of movement or the glimmer of sun sparkling as they move that helps to find them in the weeds and reeds. I was lucky to find one sitting on a piece of flax – I would have missed it if not for my eagle eye hubby. 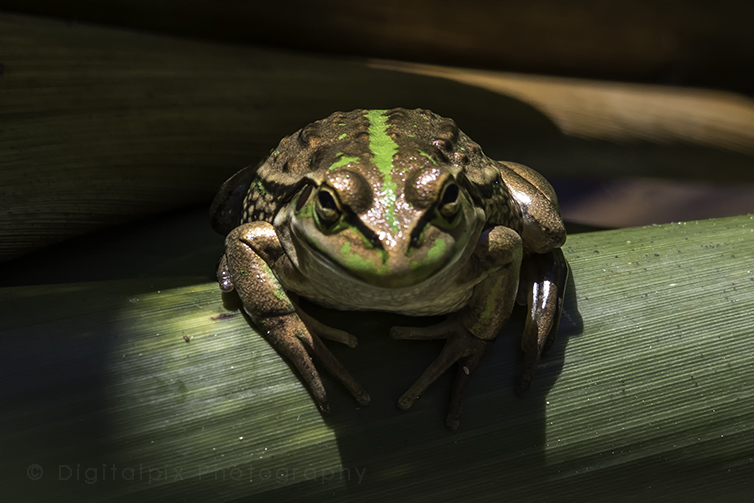 While my feet are sore today from overdoing it somewhat yesterday, I am pleased that I was able to do it and without the aid of crutches.  Hopefully this blog will come alive again soon with an abundance of new images!