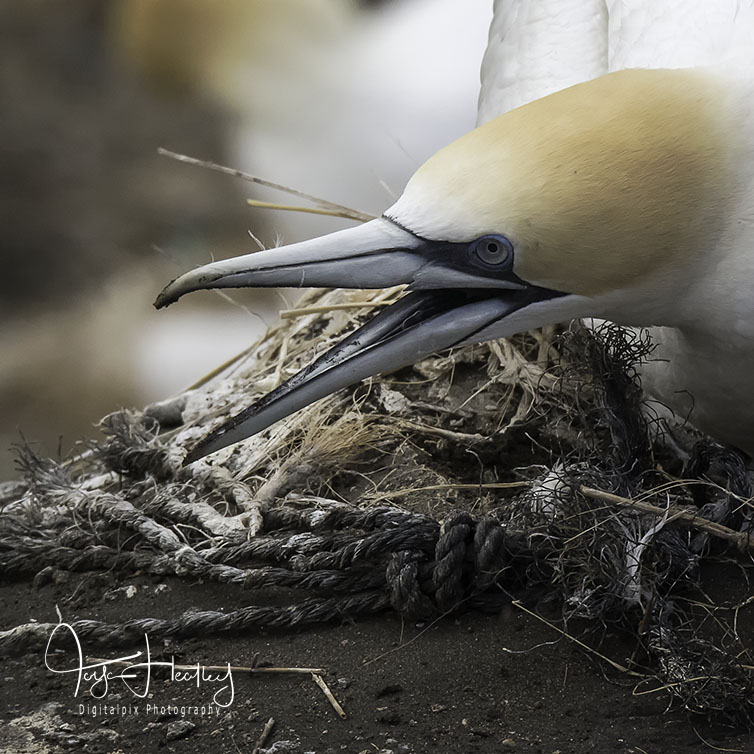 We have had a bit of a storm over the last few days, so there hasn’t been much opportunity to get out with the camera.  Instead I have been going back over my old images looking at the unprocessed files to see what’s there.  The gannets were the obvious choice as I have thousands that have yet to be processed from their raw format. 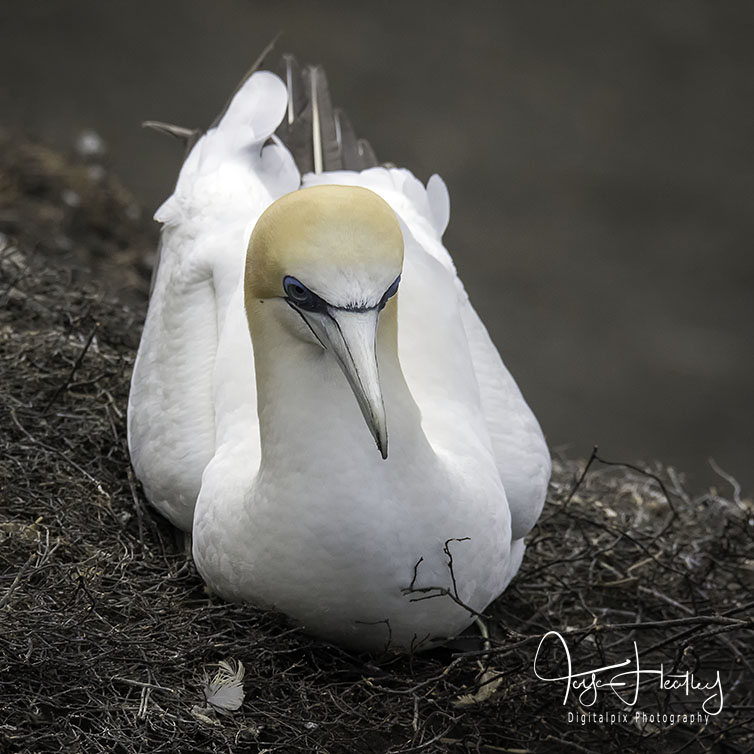 I have visited gannets at both Muriwai and Cape Kidnappers and I know I have mentioned before that they have very different behaviours.  The Muriwai colony are close to people, houses, manmade structures and such like, and because of this have utilised all sorts of material for their nest building. I saw rope, fabric webbing, sticks and flax being used on the nests at Muriwai. At Cape Kidnappers the colony only has one choice of material to use – seaweed. 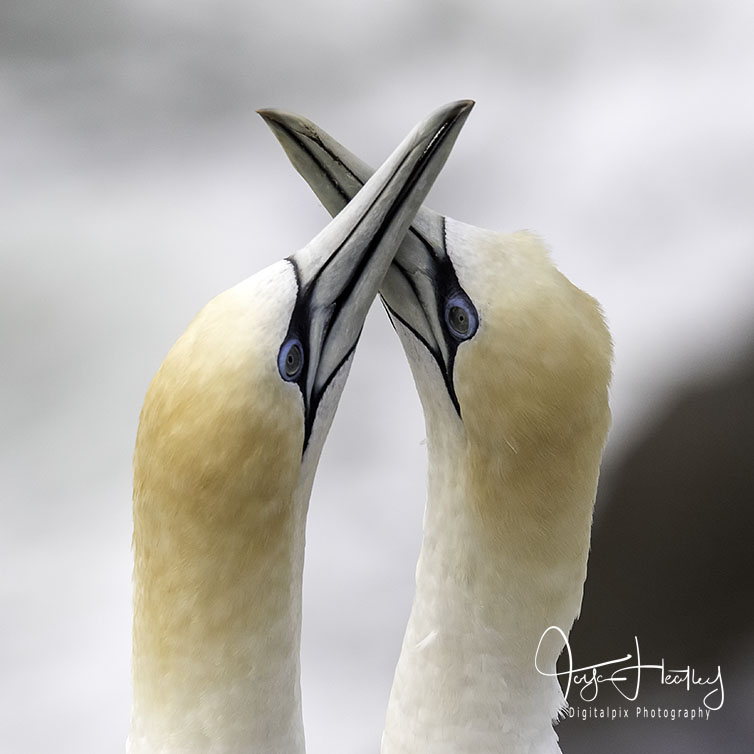 These images were taken last Christmas Day.  It was a day when there was not many tourists about and I had a clear view of the birds.  The wind wasn’t too bad and I filled a couple of memory cards quite quickly.  Being late December, there were still eggs in some nests, along with some very small chicks. Another of the differences between this colony and the Cape Kidnappers colony is that the nests are spread about it bit more.  There was a bit of space between each nest that their Hawkes Bay relatives just don’t have. 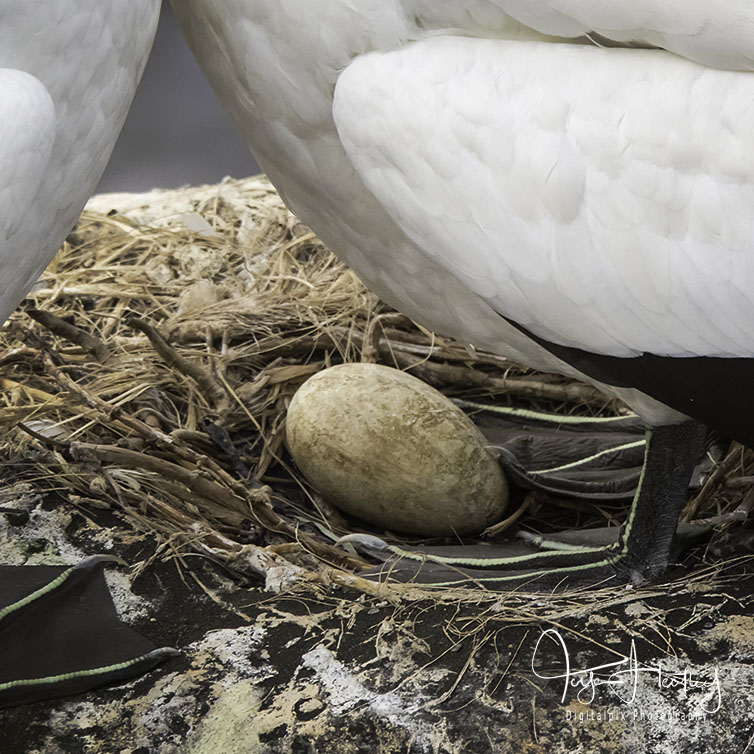 These images are all in a square format because I am thinking of printing them to canvas and displaying them in a row or column. Story telling with images if you like. 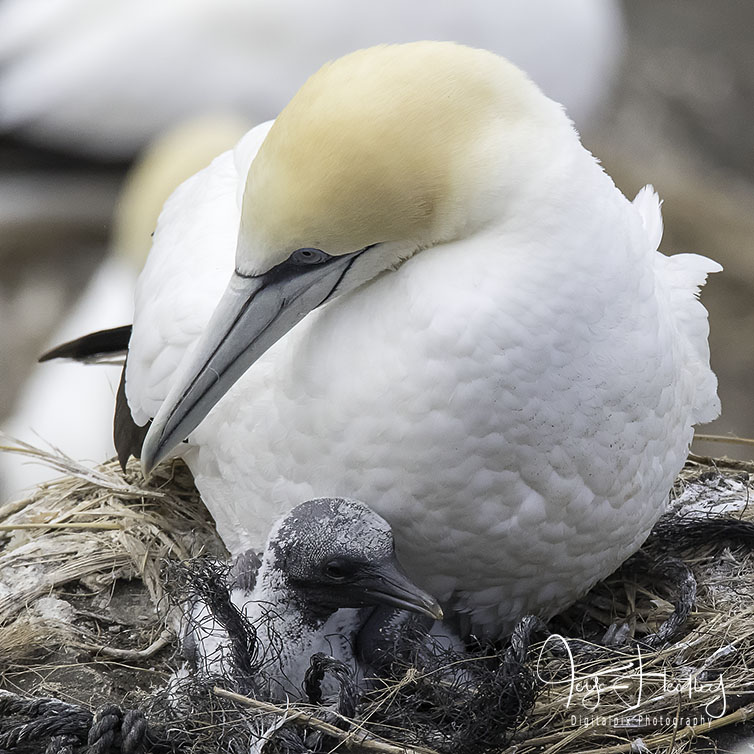