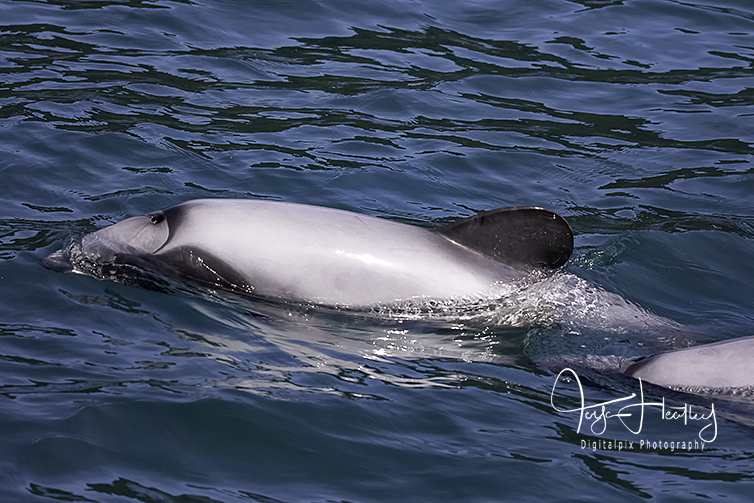 Last Sunday a small group of us went for a day trip to Picton to do the E-Ko Wildlife Tour around the Sounds. The trip also includes an hour on Motuara Island which is a wildlife sanctuary.  I went there once before during a PSNZ National convention field trip and always wanted to go back. There will be another blog about the Island but today the focus is on the Hector’s Dophins.

We booked this trip before news of the sub-tropical storm that has recently swept through the country and nervously watched the weather reports right up to the day.  Sunday was clear and sunshine was predicted so it was all go. My very red and sore nose can attest to the sun being there. Doing the round trip from Wellington in a day was a bit much though. It made for a very long day, and crossing was very rough coming home. After being on boats most of the day it was nice to be back on solid ground. 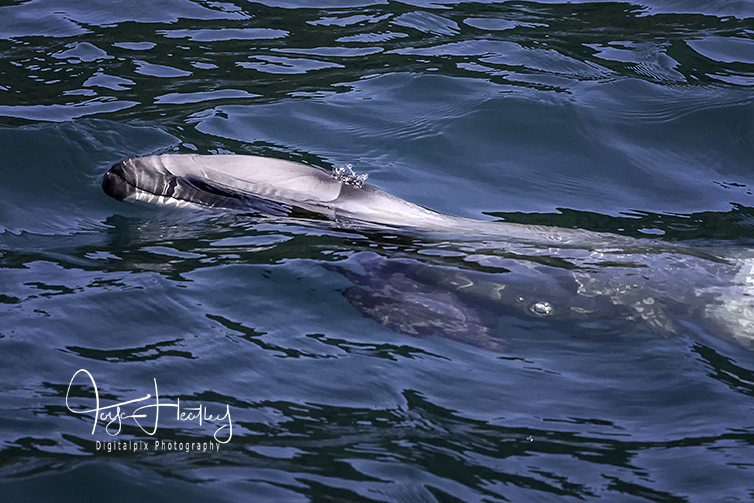 We were treated a variety of wildlife but the highlight had to be the Hector’s Dophins.  They are small dolphins, endemic to New Zealand and the cutest I have ever seen.  They didn’t dance about out of the water as we had hoped but they played around the boat for quite some time. I was torn between two lenses, one being too short and the other too long.  I tried both and ended up using the long one. 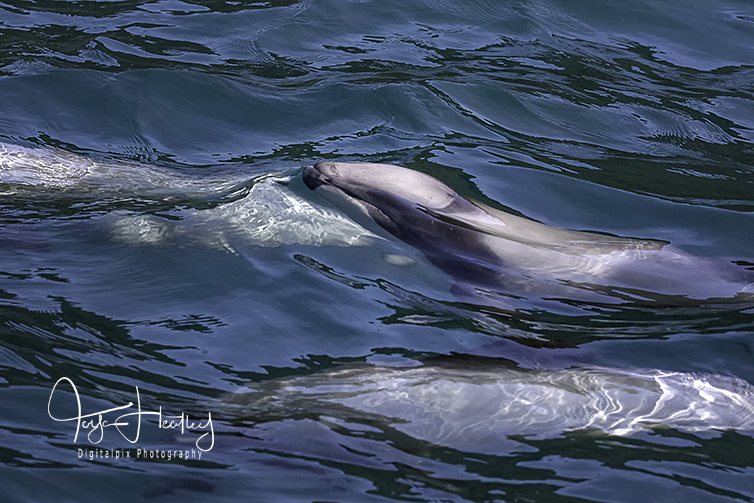