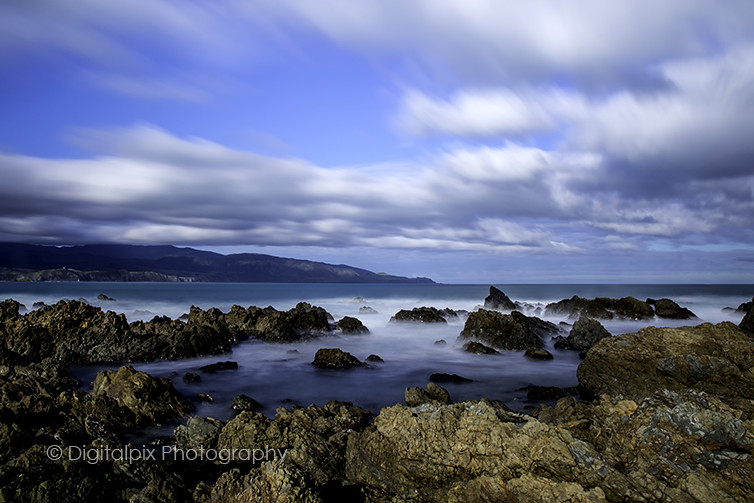 Sometime ago now (well over a year), I started a ’30 second exposure’ project.  I have to admit to being a little slack in working on this project but yesterday I left the big lens at home and focused entirely on slow exposure photography.  These images were taken on a short drive around the South Wellingtoncoast. 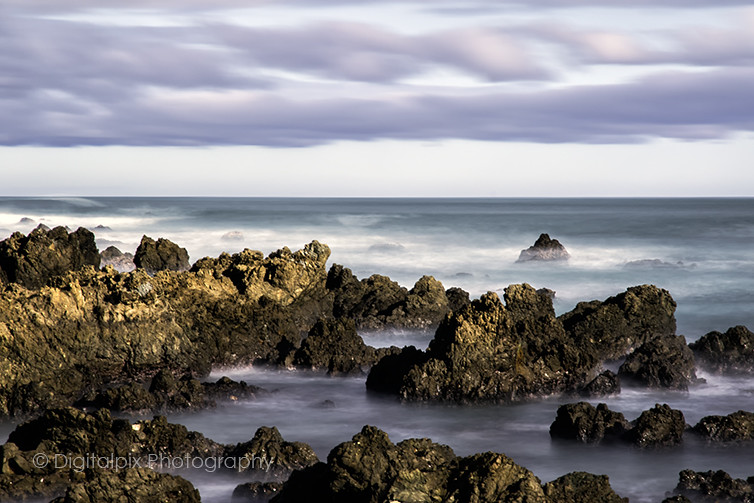 It was interesting how the light was changing so fast and from one place to the next, which was usually just a few hundred metres down the road, and the whole look of the image changed.  I pity some of the people living in those coastal houses in Winter – they lost the sun shortly after 1pm! 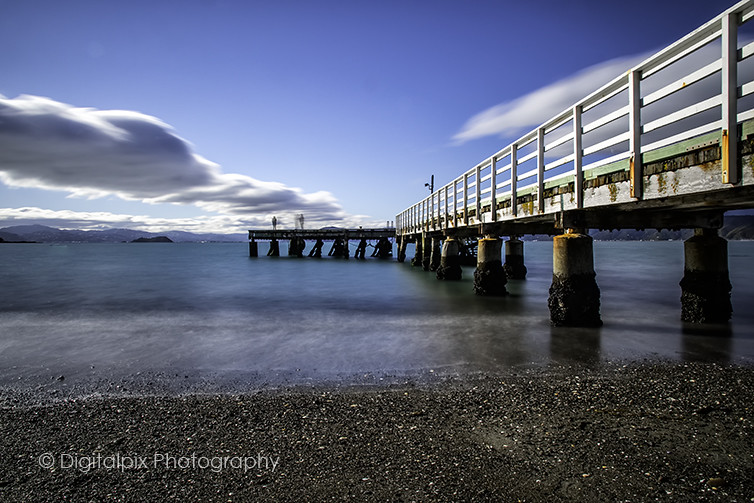 While taking images at Worser Bay, there was a group of people on the wharf taking photos too. You can see them at the end of the wharf in the above image.  As they were leaving they came over and spoke to us about why we were taking such long exposures.  Turns out it was a the great great granddaughter of James Heberley whom the bay was named after. 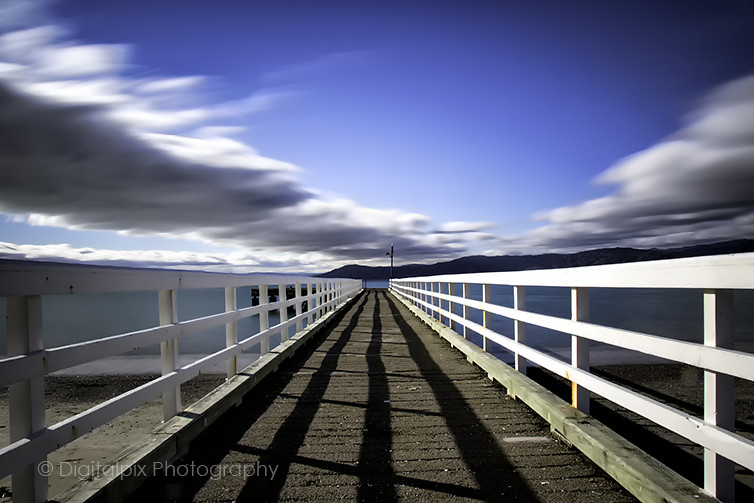 The weather hasn’t been that good for bird photography so I have been playing with the camera at home and had a few ‘happy’ mistakes with the tui.  They have to be one of my favourite birds. I love their song, and their colours are spectacular – however it is their stroppy character that I like the most.  They rule the roost in our back garden and they don’t even seem to try that hard. It just happens. 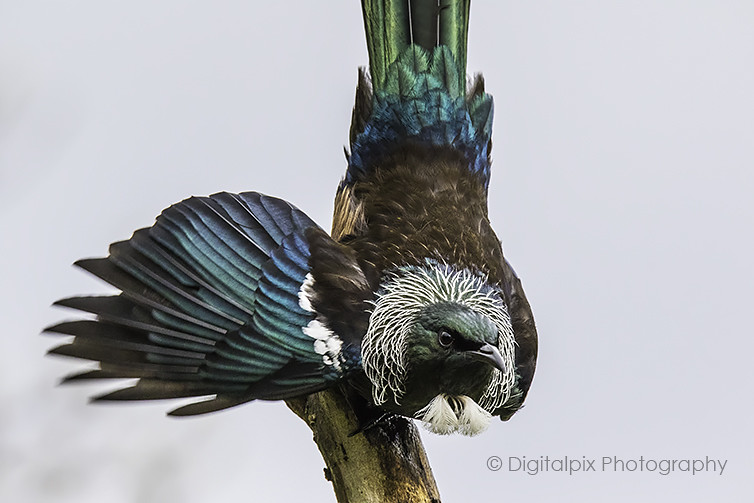 Today of course the big lens is going back on and I am off to visit the kingfishers!