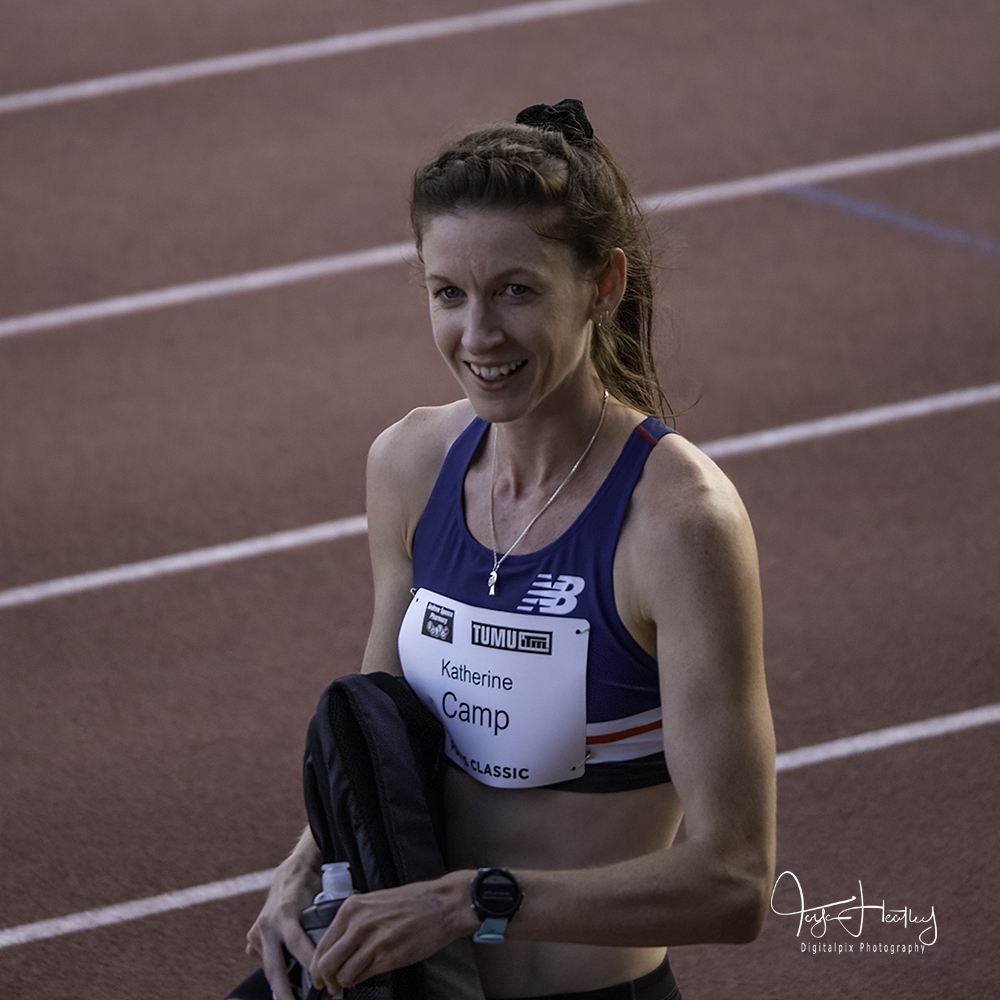 Yesterday evening we headed to the Hawkes Bay Sports Park to watch my cousin, Katherine Camp, run in the Elite Women’s 800m event. Katherine is working hard to get to the Tokyo Olympics and her mother asked me to take some photos of the race for her social media posts. I had not used my Lumix G9 for much other than birds, so this was a challenge both for the camera and myself. 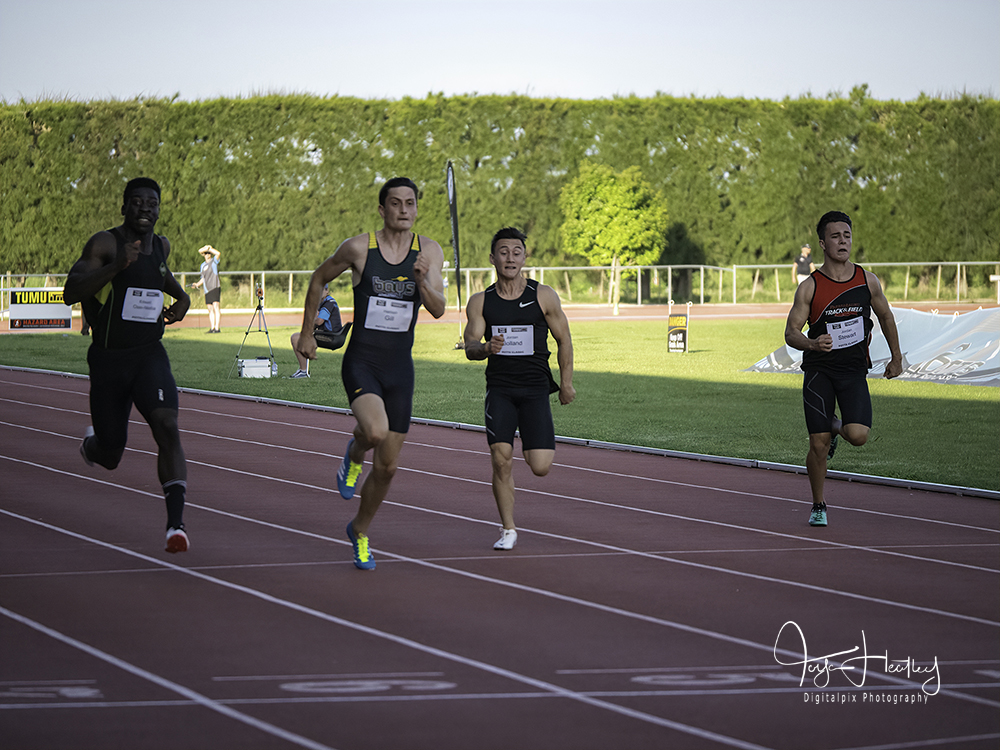 By the time the race was due to start, the finish line was in the shadow of the grandstand. So I used my 70-100 f2.8 lens and pushed up the ISO a tad in an effort to get super fast shutter speeds. I wanted to capture the action of Katherine running in the race. I positioned myself near the finish line and had a few practice goes at capturing the action on the track. The image above is from the Men’s 100m sprint. It was won by Hamish Gill. I met Hamish’s father during the presentations at the end of the evening, he was very proud of his son. 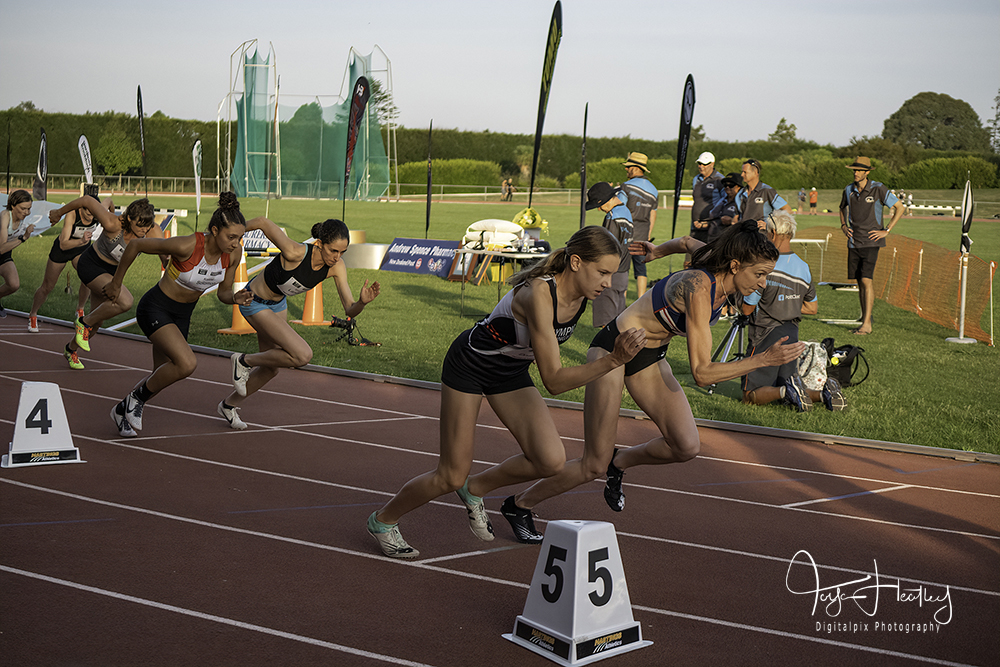 Once I had worked out the settings I needed, I then tried to improve my position. The officials were constantly blocking my view as they waiting to give the placing discs to the runners. Thankfully Katherine’s race didn’t have too many in it so the number of officials was less and they permitted me to get on the track so I could get a better view of the race finish. It always pays to ask – they can only say no and thankfully this time they said yes. 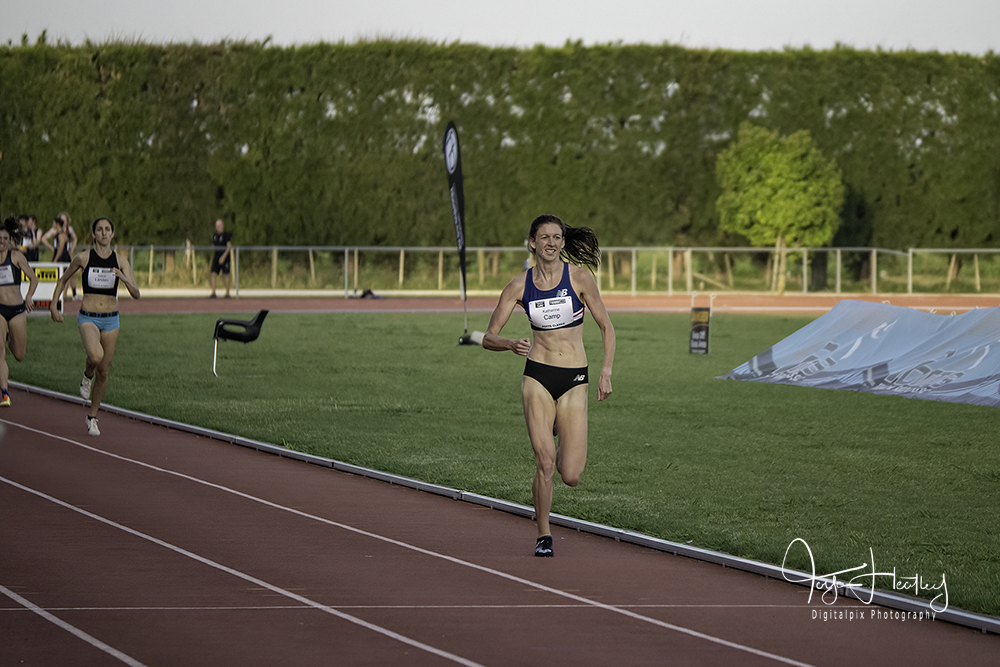 My Lumix G9 was awesome for this task, the fast burst allowed me to capture the finish of the race perfectly. I was so pleased to be able to provide Katherine with the images of her win and be supporting her in a small way towards her olympic goal. You can follow her on facebook here. 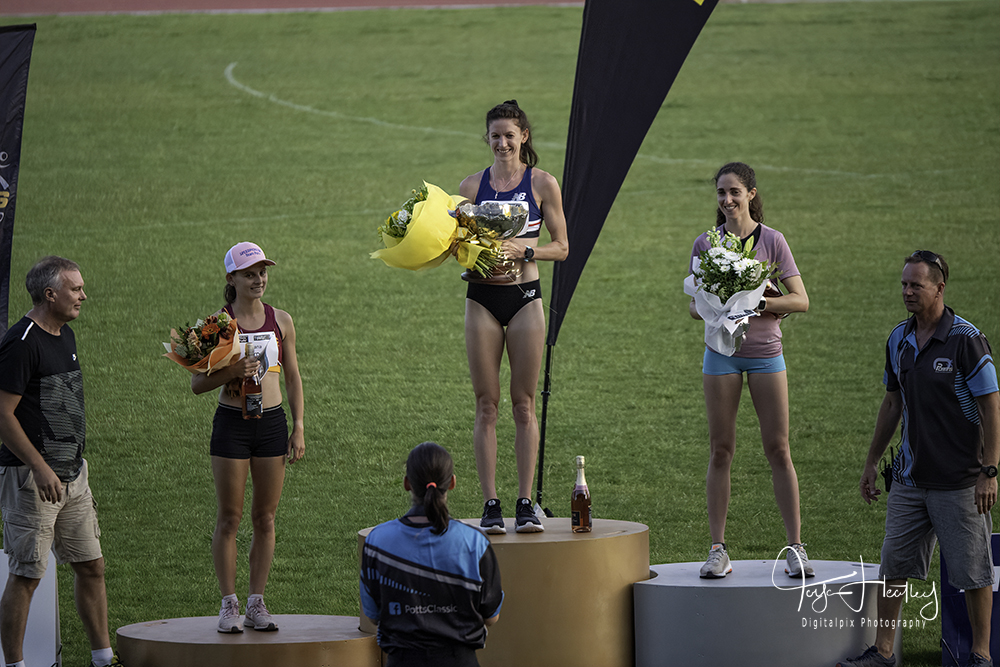 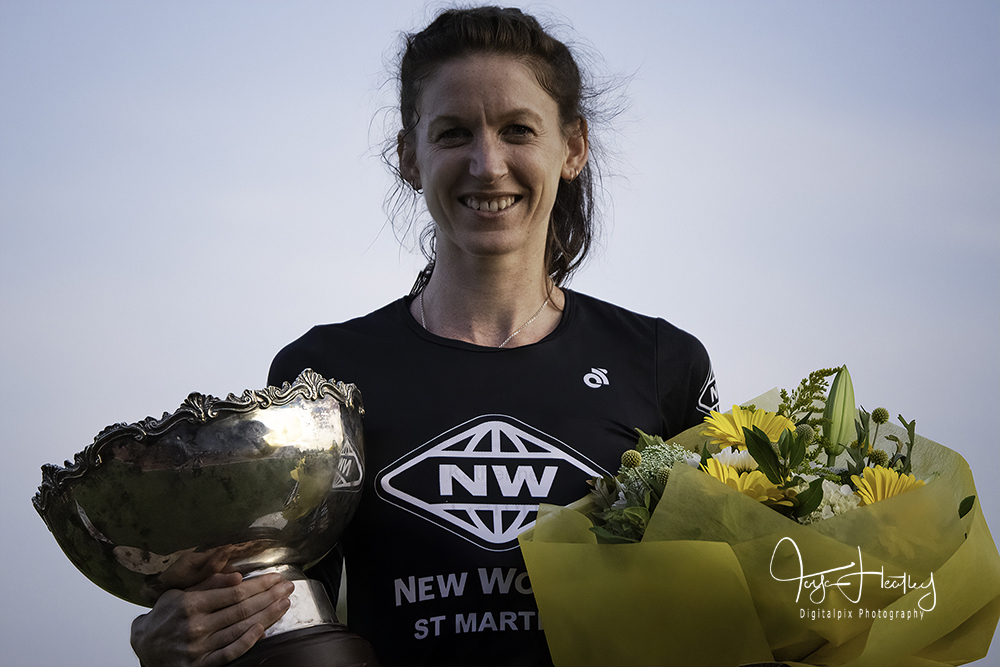