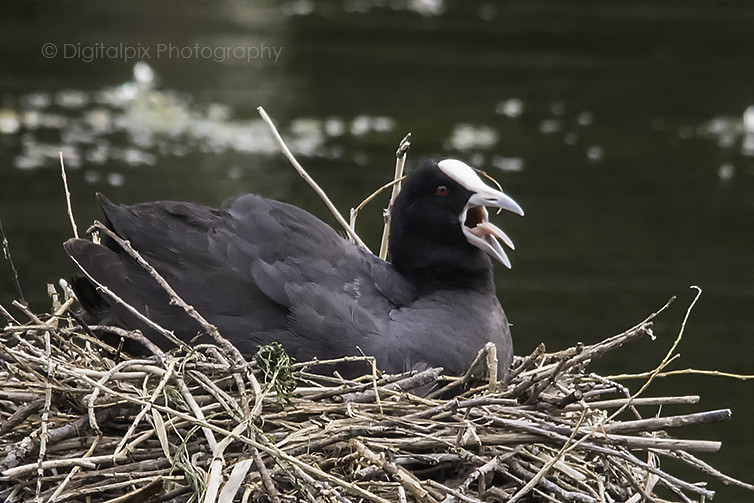 One of the reasons for stopping at this location was to check on the coots.  Their chicks are so ugly when they hatch that they are the cutest little things this side of the moon!  They have a very bright yellow/orange colouring on their heads for such a short time and most of the chicks we sighted on arrival had already lost that. 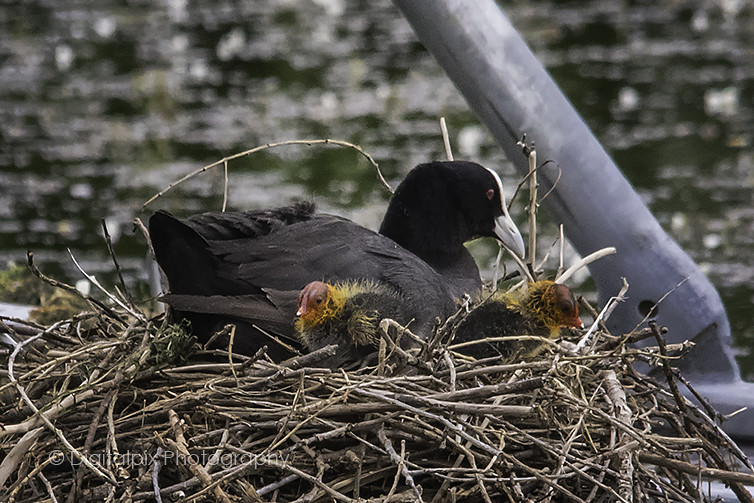 All we could see was older chicks, a couple of nests with bored mothers yawning on them and not a lot else.  We could have left at that point with no decent shots of anything – what a mistake that would have been. 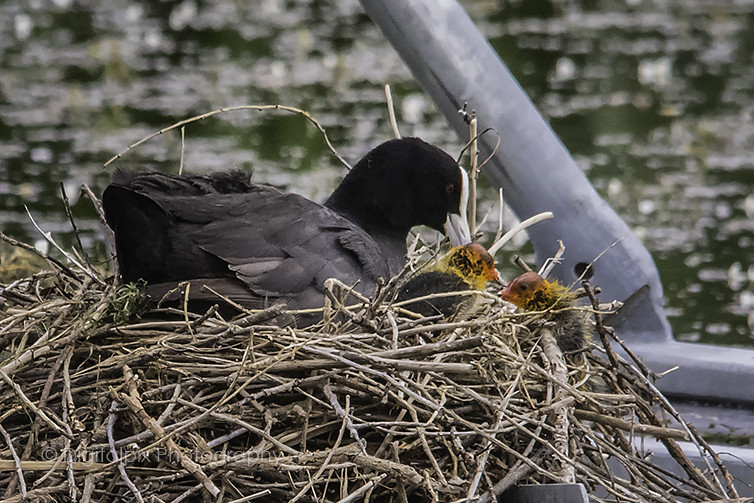 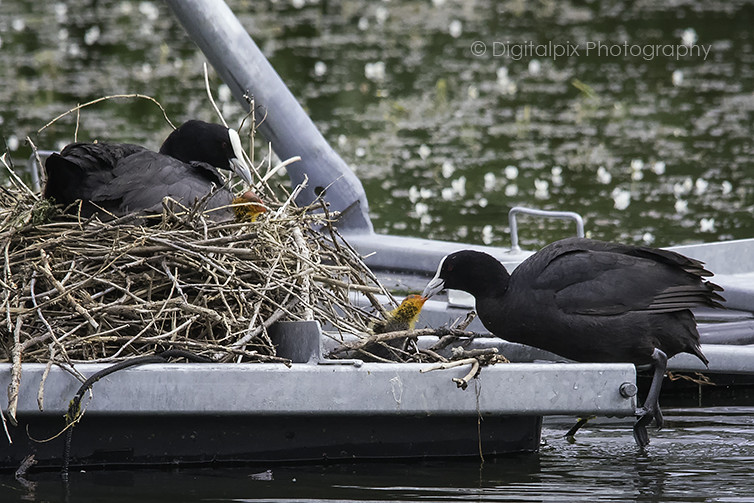 She and her partner had chosen a floating goal post as the nest substrate and piled on twigs and sticks to make a fine nest.  I am not totally sure how many chicks she was sitting on but we sighted at least three. 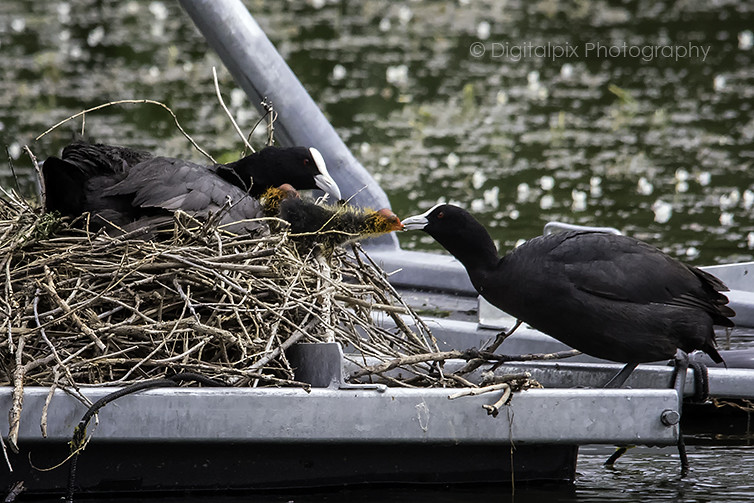 It was almost as if she was pushing them out of the nest at one point but the chicks had no plans on leaving home that soon. They really were the cutest little things I have seen since the pied stilt chicks (and there will be some more of them in the next post). 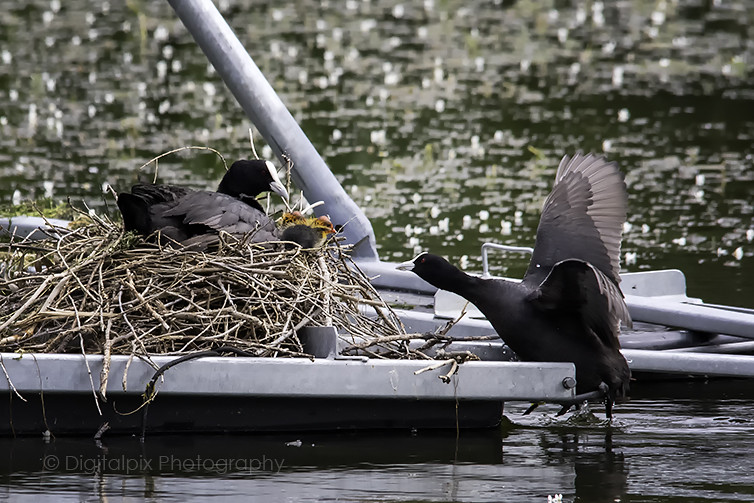 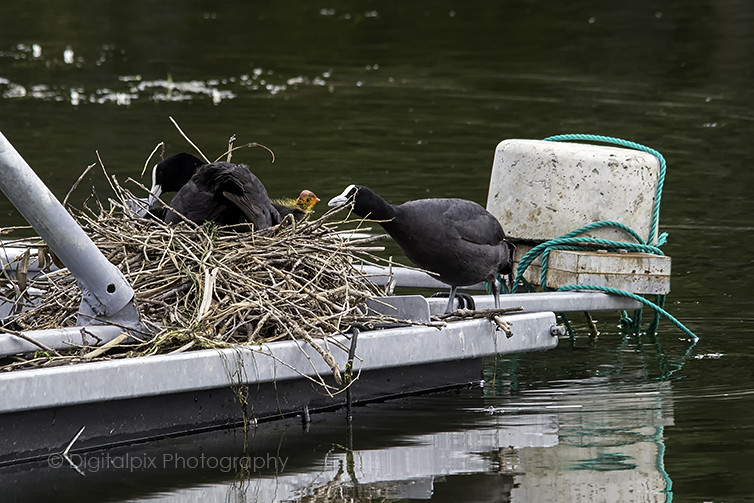