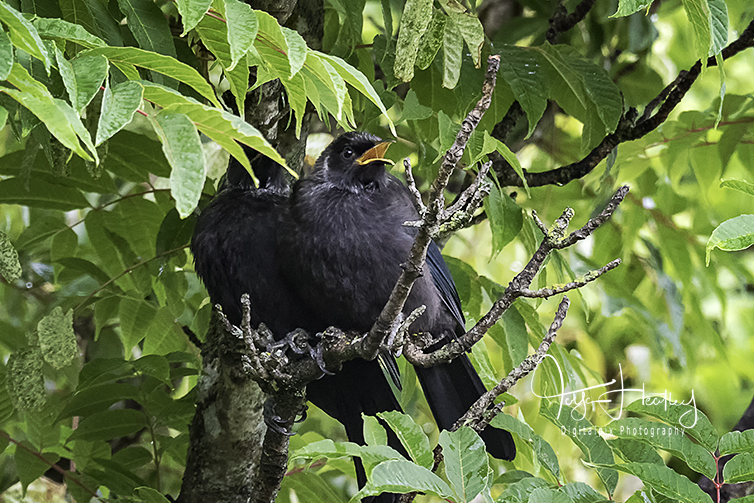 For many years now we have been putting out food for the silvereyes and tui. Over the years we have worked out when there is plenty of natural food about and when there isn’t and we generally ease off on the feeders when the natural food is a plenty. 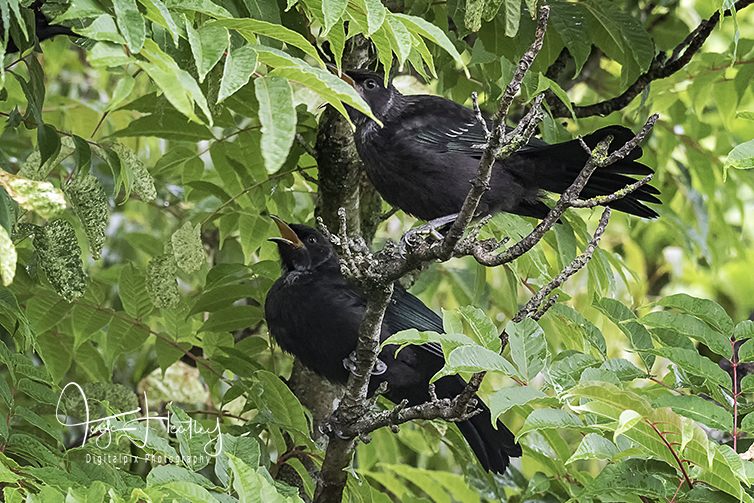 This year we have seen an increase in tui and in particular, female tui.  They are very quiet and fly in and out in almost stealth mode, while the males tend to sing about it a lot and are extremely territorial. We have seen many a scrap over the feeder and while the males argue who it belongs to, the females slip in and feed. 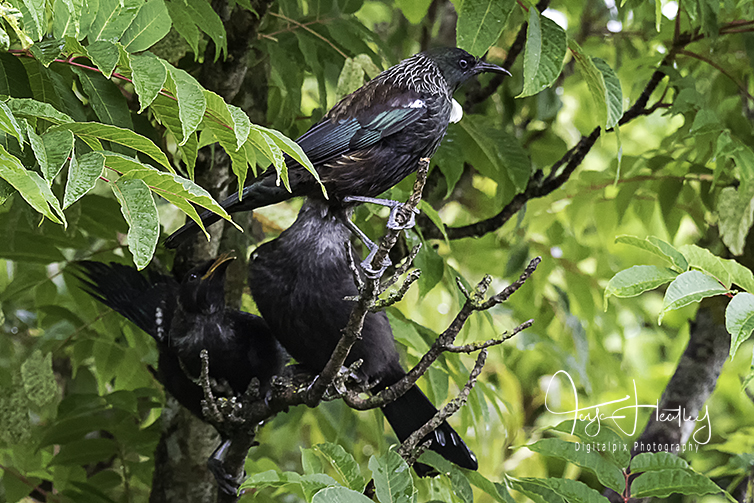 This morning I sat down to breakfast while checking emails and happened to look out the window.  To my surprise I saw the female tui at the feeder, feeding a fledgling!  Breakfast was left, the doors opened, camera grabbed and these images are the result. 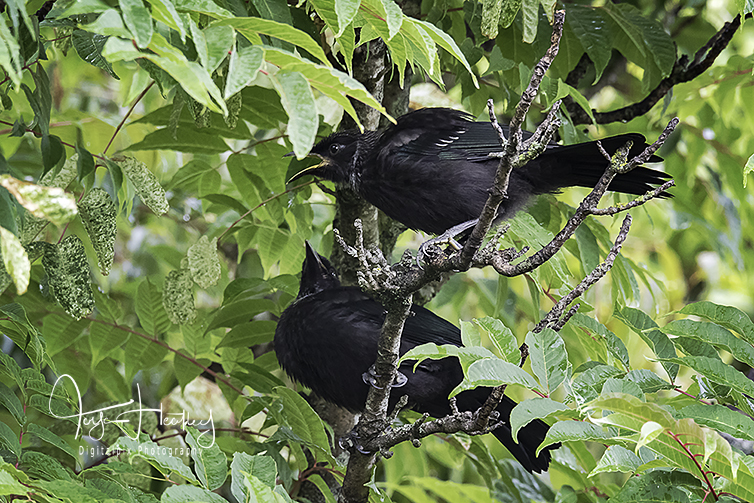 Of course it wasn’t long before our resident male saw the intruders and went about chasing them off, while the female fiercely protected her young.  Chaos followed and for a while the fledglings were no where to be seen.  They have since returned, so I hope to get more images of them in the next few days as the weather improves. (Image below is the female and the one below that is the aggressive male) 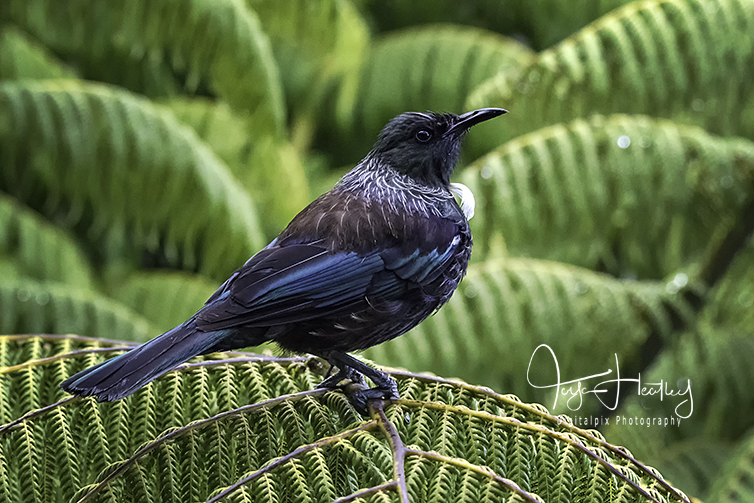 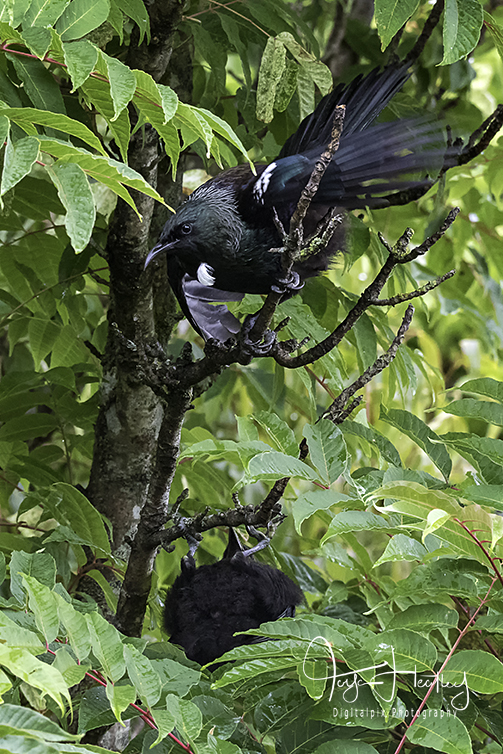