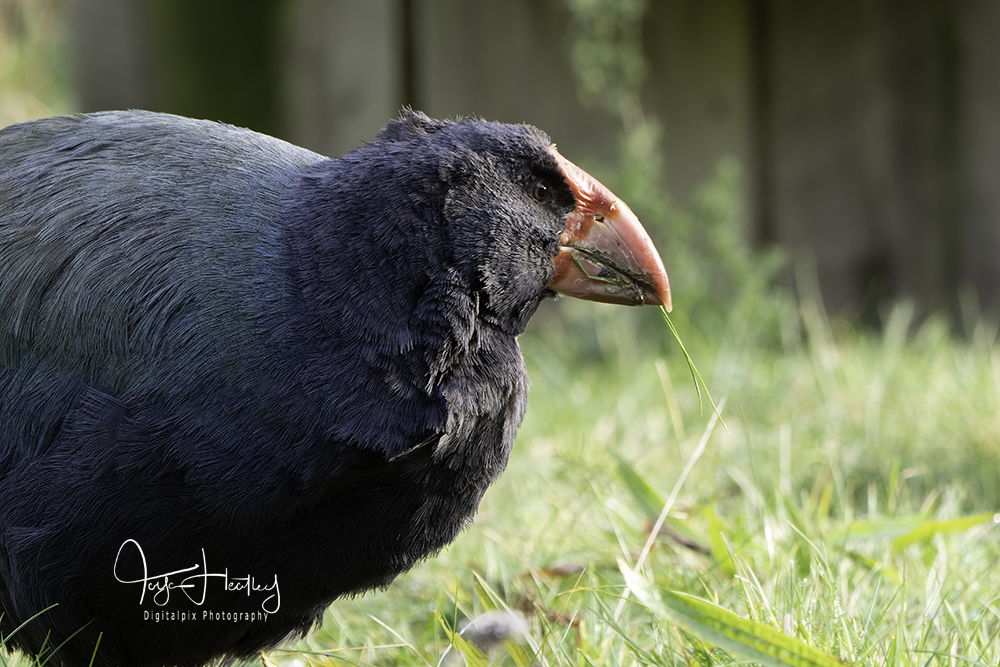 We set off to Zealandia early this morning and were walking around the tracks not long after they opened.  I am still on the look out for the titiponamu but alas I am still yet to see them there.  Definitely something to keep me going back though, so that’s good.  I visited the takahe on the way down the valley and found them both engaged in foraging for food. I like that there is a couple of seats there because I can rest my feet and photograph the takahe at the same time. 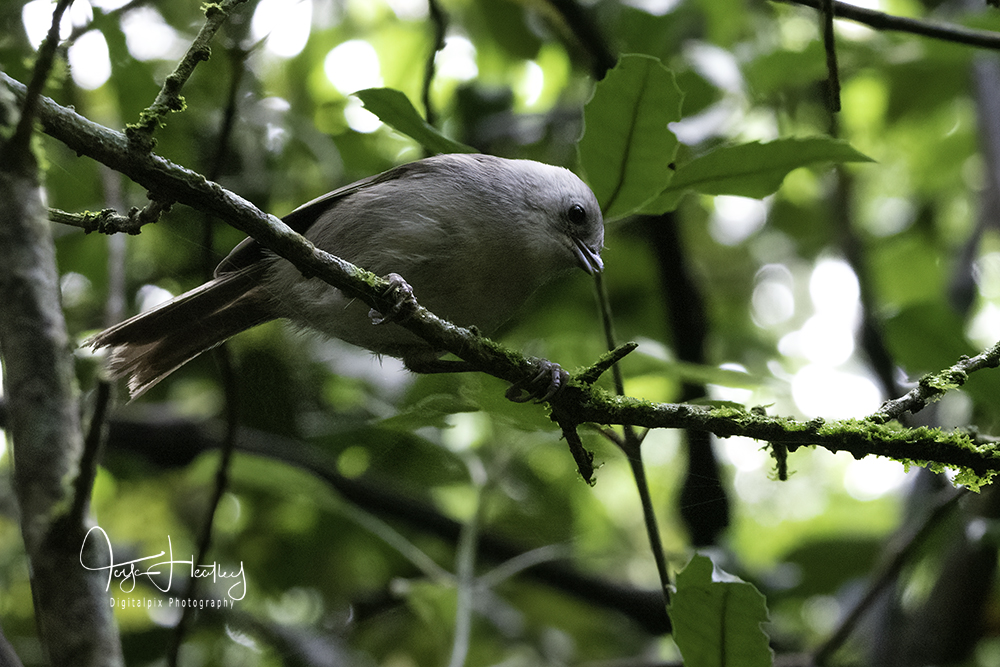 Further down towards the upper dam we found a flock of whiteheads that were feeding a little lower than usual, I managed to capture a few images of what I think is a female.  I have photographed the male in the past and they have more of a distinction between the white of the head and the rest of the body. 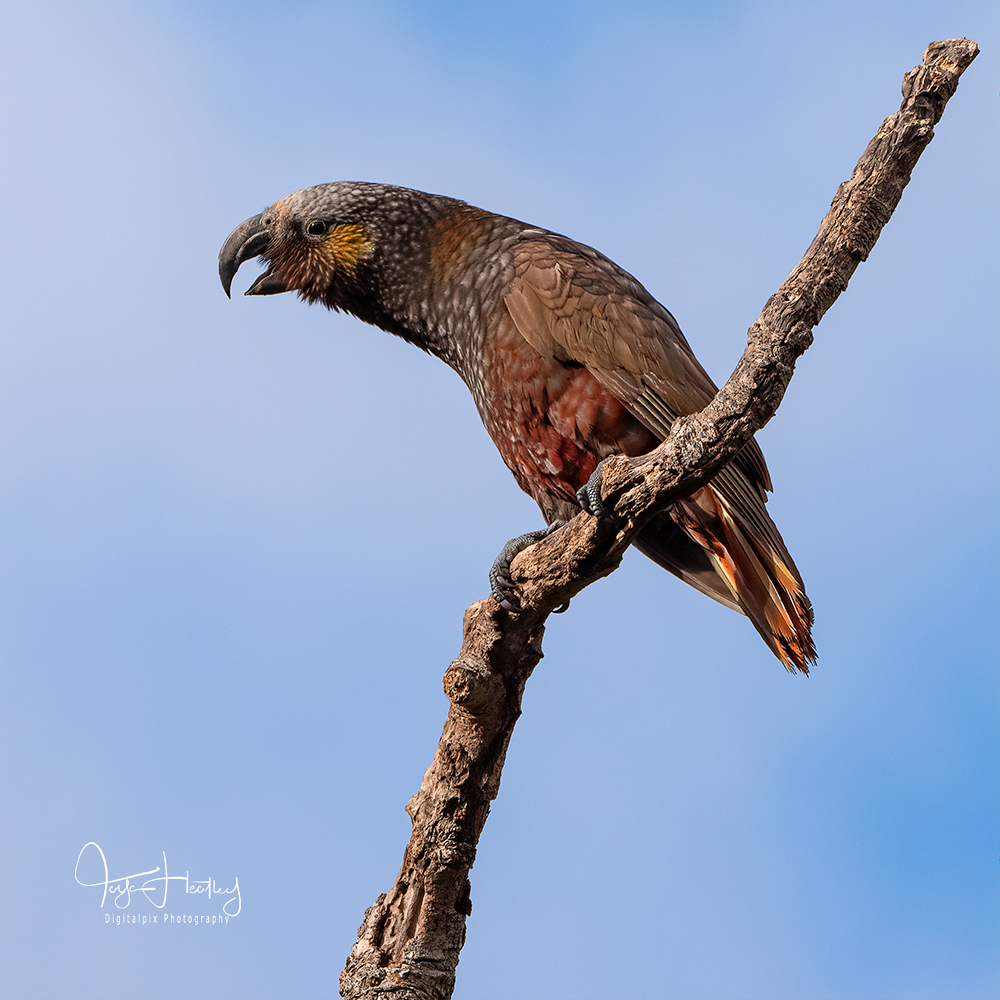 Next we came across a group of young kaka playing around in the trees above the upper dam feeder.  I have a bunch of images still waiting to be processed but the one above is one of my favourites.  They were calling out to each other, dive bombing the trees and flying about so close to our heads that it made you want to duck.  There was a lot of noise.  Kaka, especially the teenagers, can be absolute clowns to watch and are very entertaining! 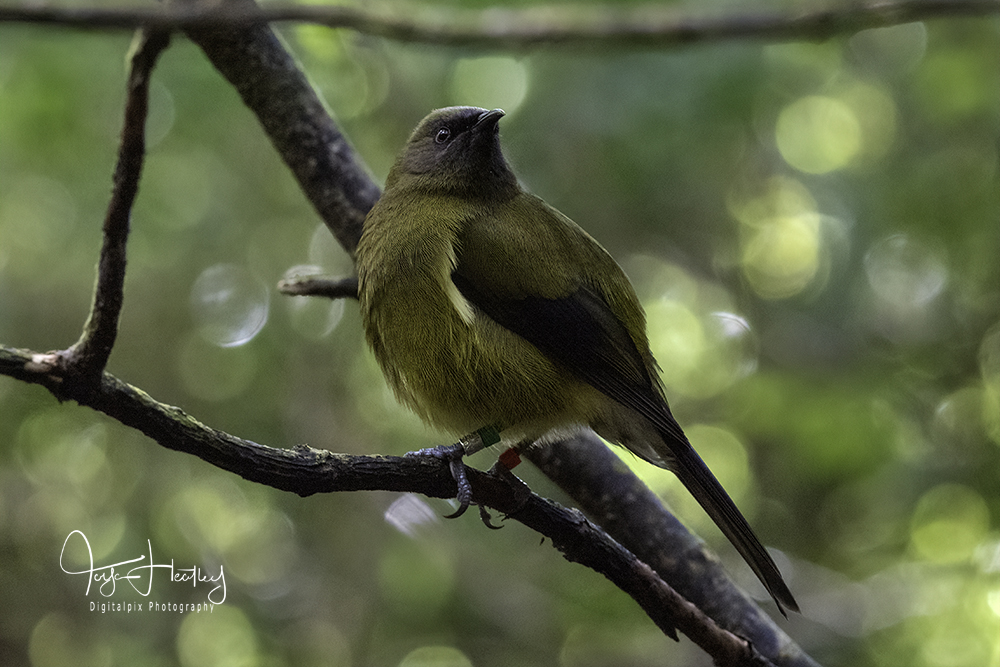 Finally I headed back to that piece of bush where I had struggled with focusing in the dull light in the past.  This time the camera focused beautifully and I managed some great shots of an obliging bellbird.  It wasn’t at all worried about the camera pointing in its direction and was happy to just sing, stretch and preen.  Altogether a good morning’s effort 🙂 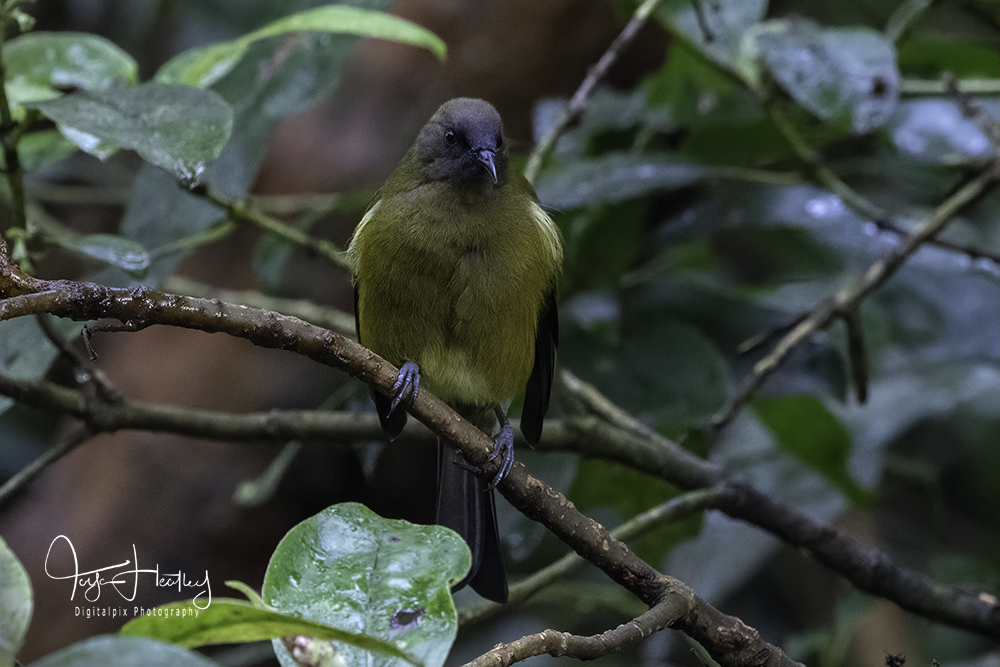