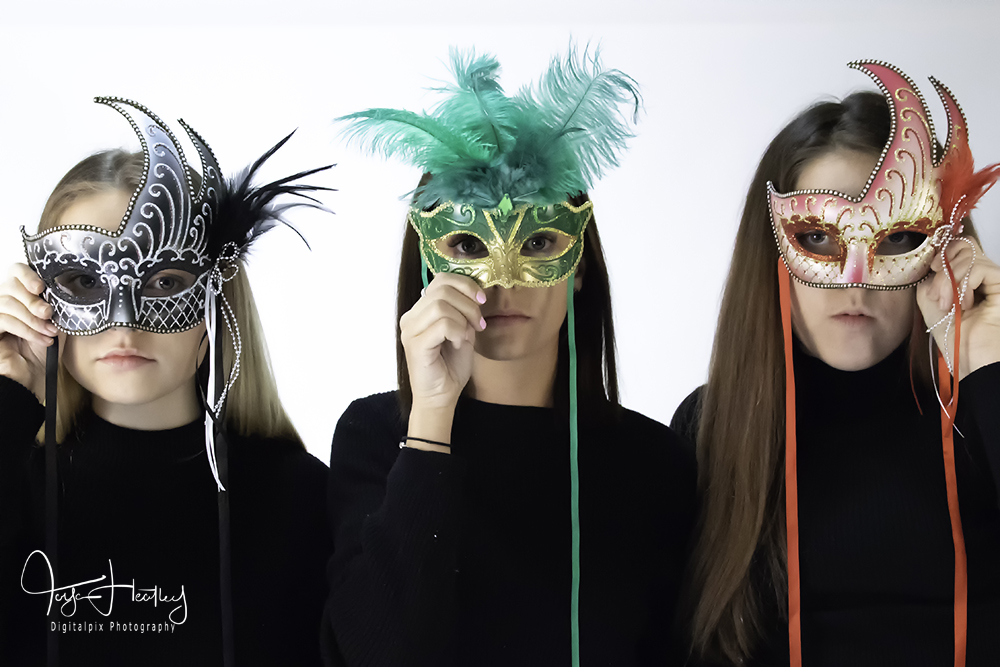 Yesterday I had a visit from our nieces who wanted some photos taken while they were all together.  One of them lives in Australia now, so the opportunity doesn’t come about often. We had planned an outside shoot, but the weather gods decided otherwise, so the night before I got out the studio gear and tested it all was working – and it was.  That is until we started the shoot and the lights totally failed me. 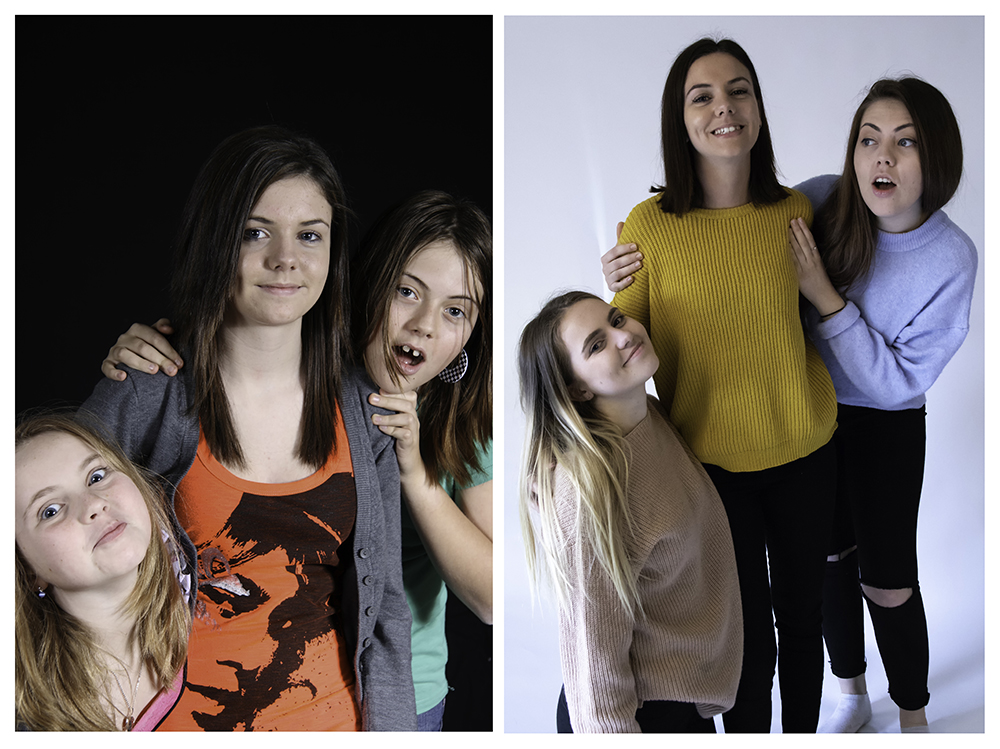 With no opportunity to re-shoot another time we forged ahead with no lights and just made the best of a bad situation.  The images were very noisy but thankfully there is technology to correct this and for the most part I am happy with the resulting images.  Part of the shoot was to be recreating some images that I had shot of them back in 2007.  This was absolutely hilarious and this blog post will focus entirely on these images. 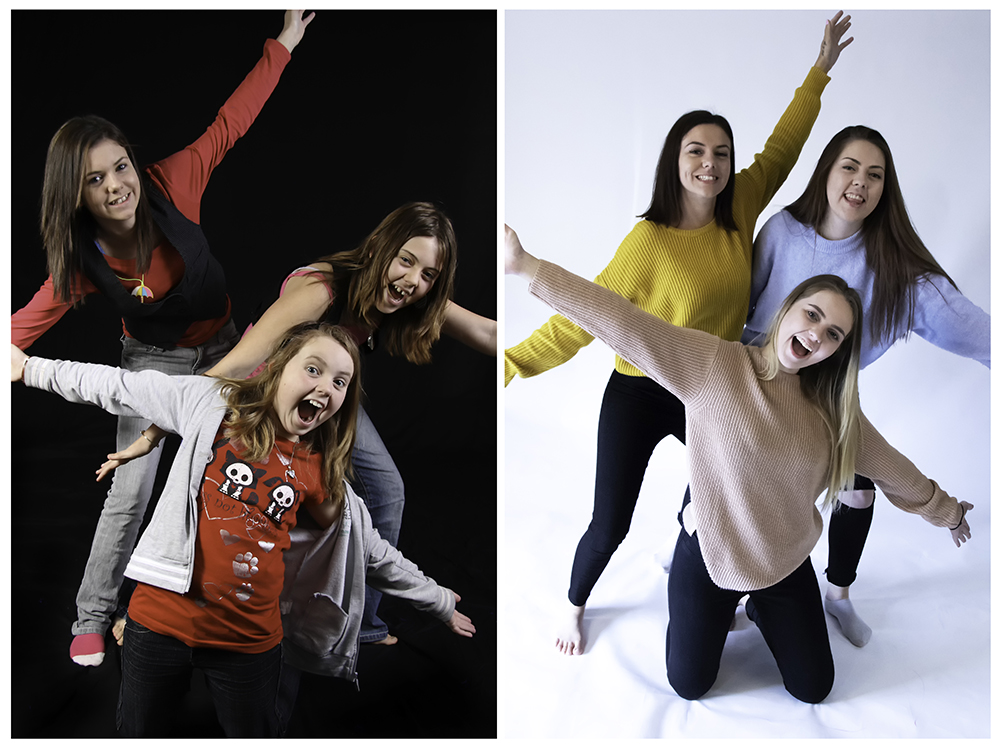 The black background of the past was replaced with a white background of today and being mature young ladies they now put more thought into what they were wearing and how they did their hair. I wish I had videoed them looking at their old images trying to work out how to recreate them – there was much laughter. Making the best of a bad situation light wise, ended up being a whole lot of fun and that is really what it all is about. 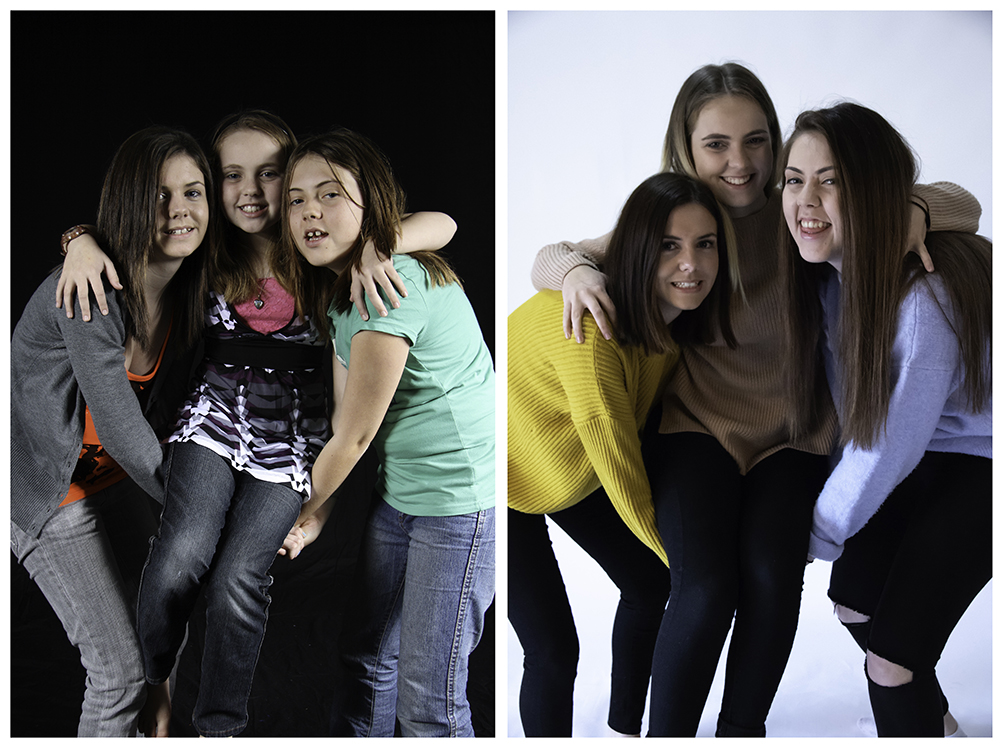 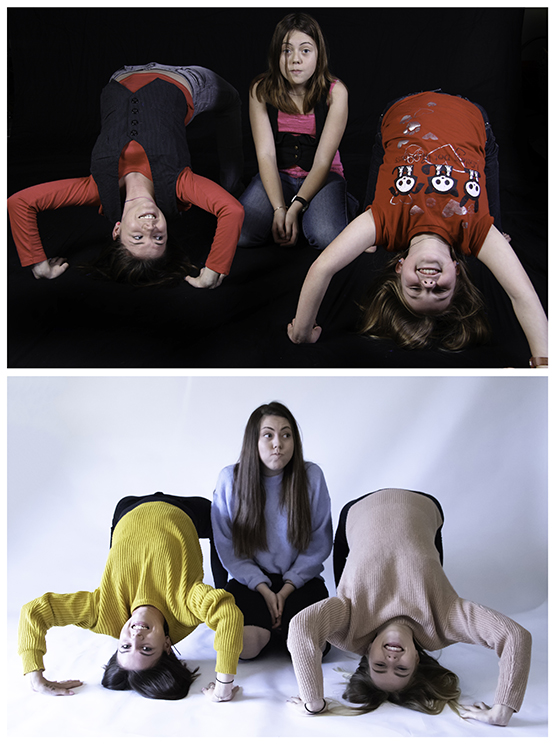 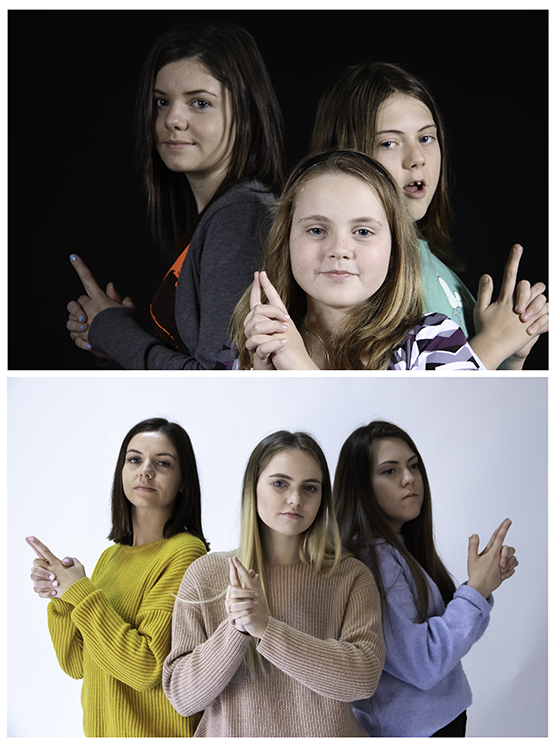